A new law will make New York the first state to allow anyone who lives in their district of residence, regardless of where they live now, to cast a vote. The bill is intended to expand voting access for residents and drive turnout. 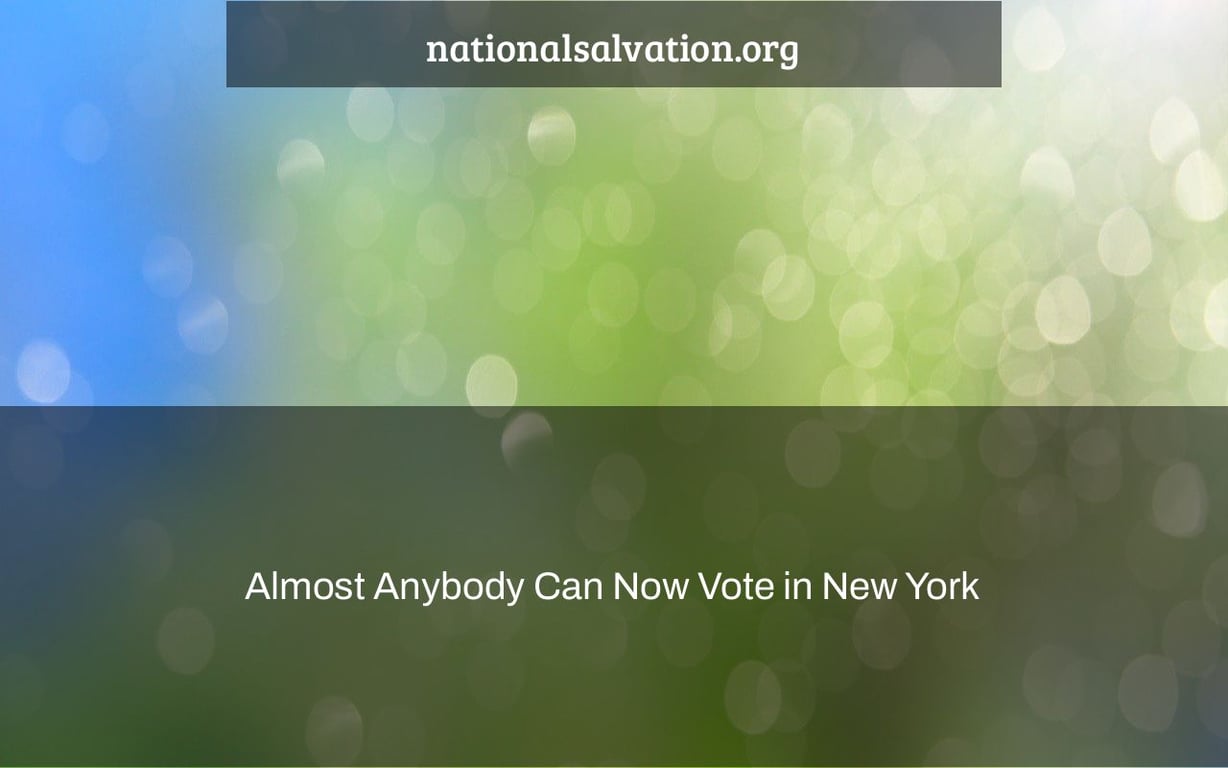 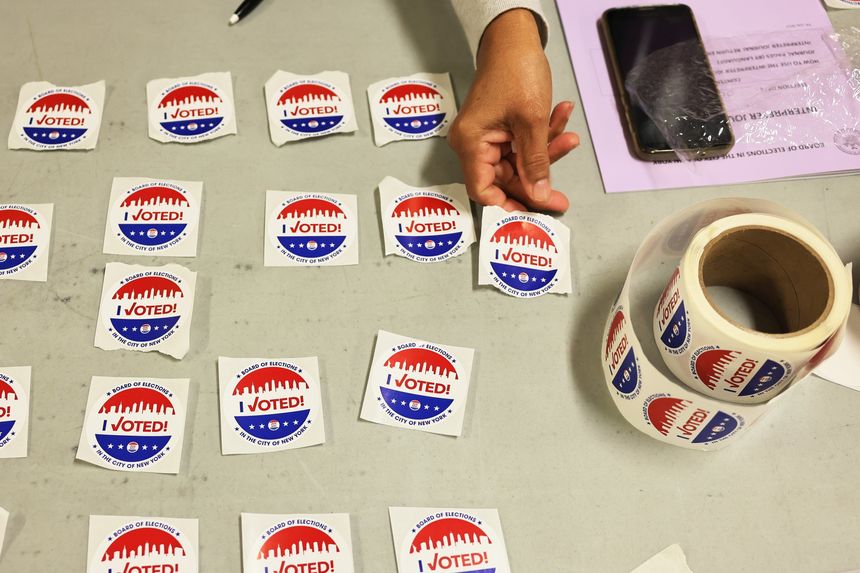 During the Primary Election Day in New York City on June 22, a poll worker places “I Voted” stickers on a table.

Last Monday, the New York City Council passed a law allowing nearly 800,000 noncitizens to vote in municipal elections, and Mayor Bill de Blasio has said that he would not veto it. Despite some strong dissents, especially from Democrats, the bill passed 33-14.

“Under state law, it’s unconstitutional.” During Thursday’s discussion, Brooklyn Democrat Councilman Kalman Yeger said, “It’s pretty evident.” Councilman James Gennaro, a Democrat from Queens, seconded the motion. “I took an oath—an oath!—to preserve the constitution of the state of New York, as did everyone else in this body.”

Citizens in New York have the right to vote “given that such person is eighteen years of age” and has lived in the state for 30 days. The progressive argument is that since this phrase does not expressly ban noncitizens, New York City is free to award them the franchise.

However, consider what else this suggests. To vote, a “citizen” must be 18 years old, according to the constitution. So, might the city open local elections to noncitizens aged 12? The constitution’s 30-day residence requirement is the same way. Could the city allow non-citizens to claim residence and vote the following day after crossing the Hudson River? This isn’t what the New York constitution intends, according to legal research.

Noncitizen voters must live in the city for at least 30 days before voting. However, Bronx Democrat Mark Gjonaj argued it would encompass “a transient” who is “coming in for the period of that task or endeavor and then returning to their native country.” He cautioned that it would leave New York “susceptible to foreign influence,” especially Russian influence, and suggested instead a one-year residence requirement.

Because noncitizens are not allowed to vote in federal or state elections, a practical challenge would be that the city’s notoriously inefficient Board of Elections would have to handle a second voting list and set of ballots. What about those who do not have a basic command of the English language, as needed by the citizenship test? “I was informed that we didn’t have the power,” said Councilman Mark Treyger, a Brooklyn Democrat who voted against on the bill.

Second homeowners, foreign students, and illegal immigrants may all pay taxes if they have a green card. Citizenship is a clear boundary to draw when it comes to voting. Noncitizens cannot hold office, according to Mr. Gennaro, a Queens Democrat, thus under the city’s plan, “they’re good enough to vote for Mayor but not to be Mayor.” “We’re seeking for permanent residents to vote for us,” cynics would remark, “but you don’t have a chance to, like, run against us.”

Other arguments were less philosophical in nature. Brooklyn Democrat Laurie Cumbo expressed concern that the plan would not “amplify” minority voices. “The Dominican Republic, China, and Mexico are the top three ethnic groups that would gain from this,” she stated. She went on to say that she is worried that “many of our Latino brothers and sisters voted Republican, for President Trump,” despite the fact that it is “not politically proper.” As a result, she voted against the measure.

These opposing Democrats didn’t win, but let’s hope the courts rule that the whole process is unlawful.

‘Almost Anyone Can Vote in New York,’ appeared in the print edition of the New York Times on December 13, 2021.

Although it is not possible for non-citizens to vote in the United States, New York has changed this policy. Now, almost anybody can vote in New York. Reference: countries where non citizens can vote.