Baltimore Ravens cornerback Za’Darius Smith has reversed his decision to retire, and he is back. The franchise must now decide how they want to use him as the new guard continues its rebuild in Baltimore.

The “za’darius smith trade value” is a question that has been asked since the Ravens traded Za’Darius Smith to the Oakland Raiders. The question is where do the Ravens pivot at pass? 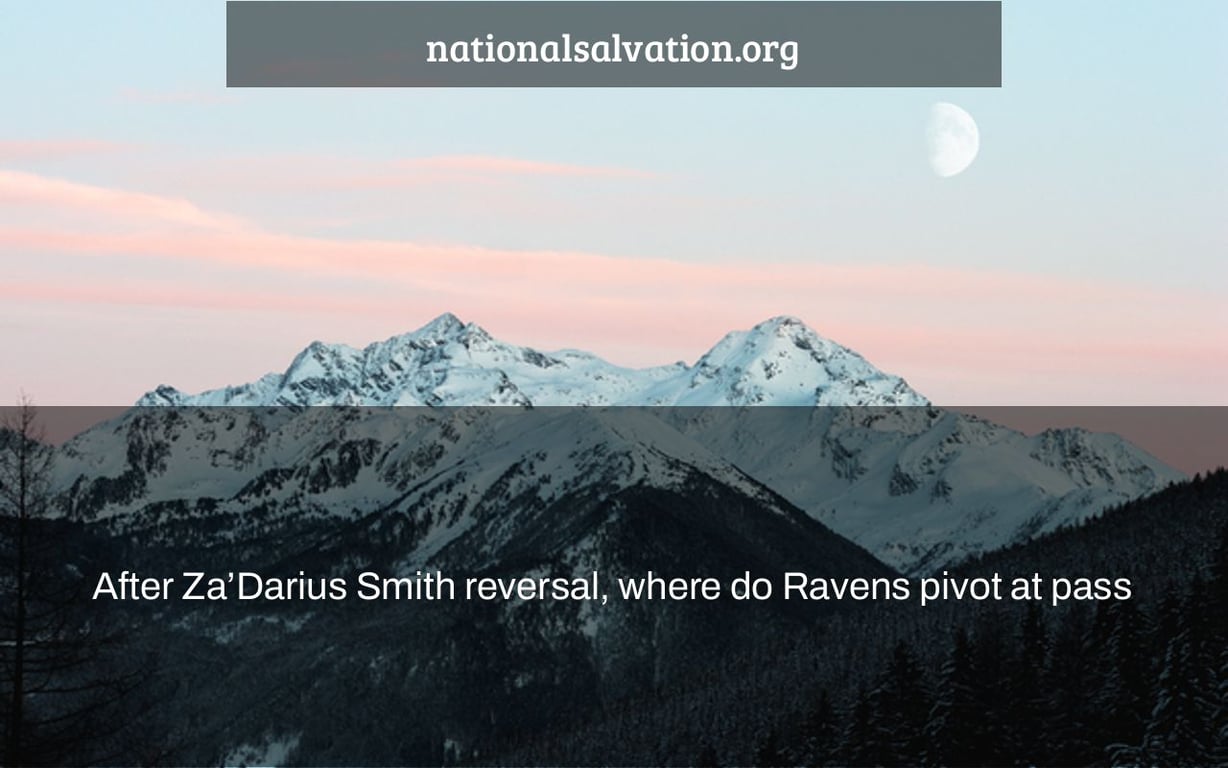 MARYLAND’S OWINGS MILLS — Before Za’Darius Smith transformed what should have been a reunion into an unexpected reversal on Wednesday, the Baltimore Ravens felt they had addressed their pass-rusher need.

Smith’s refusal to accept a four-year, $35 million contract has forced the Ravens to look for another edge rusher at a time when many of the top names have moved on.

One of Baltimore’s most pressing requirements is to go after the quarterback. Odafe Oweh and Tyus Bowser, the Ravens’ current top two outside linebackers, are coming off offseason surgery and have a combined 22.5 career sacks.

So, where do the Ravens look this season for someone to put pressure on Joe Burrow, Tom Brady, Josh Allen, Deshaun Watson, and Russell Wilson?

Pierre-Paul, Jason: With the Tampa Bay Buccaneers past season, his sack totals plummeted from 9.5 in 2020 to 2.5, his lowest since 2015. Pierre-Paul, on the other hand, had been fairly consistent before to 2021, when he had five seasons in a row with at least seven sacks. In February, he had shoulder surgery.

Derek Barnett: With the Philadelphia Eagles, he never had more than seven sacks in a season and had a career-low two last season. Barnett has recorded double-digit quarterback hits in each of his five NFL seasons, but he’s been a disappointment since being drafted 14th overall in 2017.

Travon Walker would almost certainly need a trade up from the Ravens’ current No. 14 overall pick. Getty Images/Justin Casterline

Travon Walker, Georgia: The Ravens would almost certainly have to trade up from No. 14 overall to grab Walker, who some pundits believe would go in the top five. He didn’t have a very impressive season last year (six sacks and 29 pressures), but he demonstrated his speed at the NFL Scouting Combine, when he ran a 4.51-second 40-yard sprint and had a 35 1/2-inch vertical jump.

Oregon’s Kayvon Thibodeaux led the Ducks with seven sacks last season and has a lot of potential with his strength and agility off the snap. Thibodeaux had long been projected to be a top-10 choice, but there have been concerns about his lack of competitive zeal, which might force him to slip.

Jermaine Johnson II, Florida State: Over the last month, he’s been a popular mock draft choice for the Ravens at No. 14. After earning 12 sacks, Johnson was named the ACC defensive player of the year. He also drew attention in the Senior Bowl, where the Ravens have a penchant for scouting prospects.

Michigan’s David Ojabo suffered an apparent left leg injury during his pro day workout on Friday, casting doubt on his draft status. Last season, Ojabo had a breakthrough season, finishing second on the Wolverines in sacks (11) and tackles for loss (11). (12). Mike Macdonald, the Ravens’ first-year defensive coordinator, worked in the same position for Michigan last season.

Purdue’s George Karlaftis: Karlaftis has been compared to Ryan Kerrigan, a four-time Pro Bowl defender who was also a star at Purdue, as the finest power rusher in the draft. Concerns have been raised regarding his size and how he’ll perform against offensive tackles with long arms. Last season, he recorded 4.5 sacks and should be ready when Baltimore is on the clock.